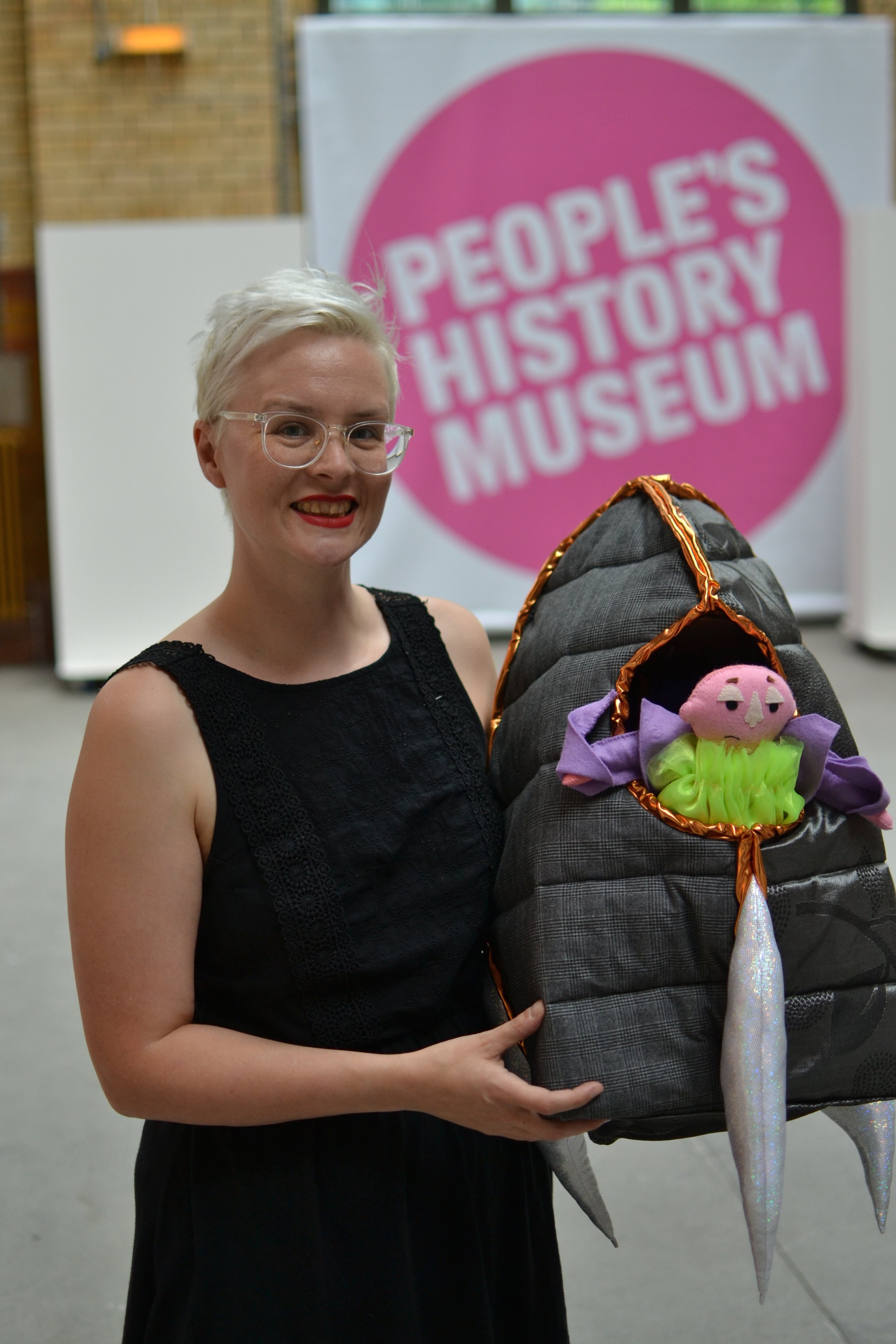 Mr Sylvester in his rocket ship being held by Sally Amberton 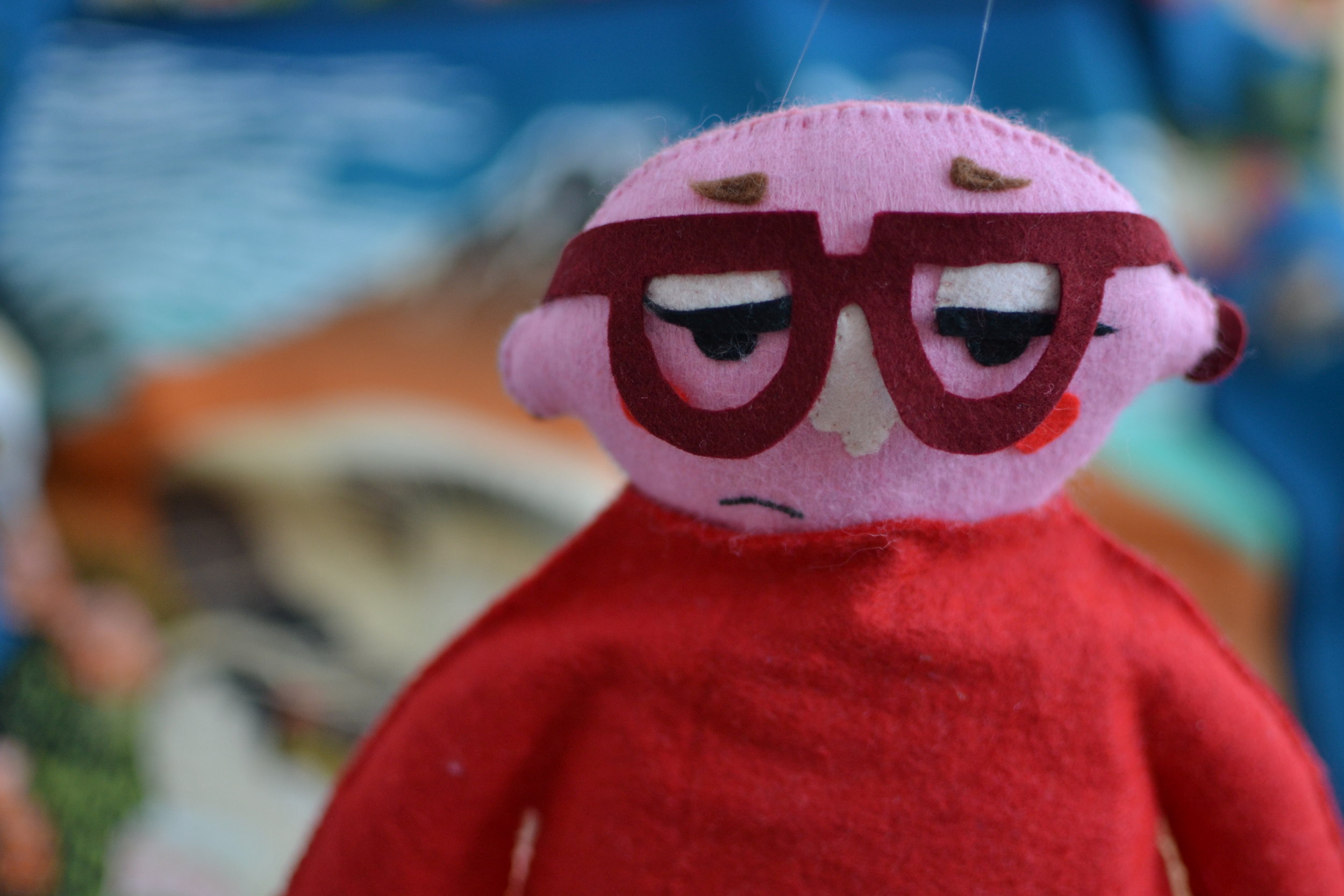 Mr Sylvester in one of the images taken from his book

Mr Sylvester is a small felt doll.  His purpose in life is to demonstrate that gender is just a societal construct. He can wear whatever clothes he wants, undefined by gender ‘rules’. He was part of The Fabric of Protest group exhibition at The People's History Museum, Manchester between July and September 2018.

He has the pronoun ‘he’ and the pre-fix Mr – this does not mean he can’t wear a fierce embroidered space cape.  The name Mr Sylvester came because he was first created he sat around nude for a while until I realised that he “feels mighty real”

His style is inspired by David Bowie in some ways and Ru Paul’s Drag Race but he enjoys being a bit John Waters or a bit Divine as well as plenty Christine and the Queens.  Butch, femme, fantastic or bare and natural he can be whatever he wants from day to day and so can we all.

As the maker of Mr Sylvester I can vouch that he has taken on a life of his own. I took him to the W.I. once, and often now folk ask me how he is! It is fascinating to hear the preconceptions that people have for a doll that has been arbitrarily allocated a gender based on a joke.

In his rocket (quilted and lined with satin and jacquard textiles) Mr Sylvester is shooting for the stars, being his best and true self wearing a neon gauzy dress and a swooshy coat.

Images of Mr Sylvester modelling a range of looks, garments and accessories from across the gender spectrum are featured in a book with accompanying quotes from minds including Ru Paul, Grayson Perry, Lady Gaga and Virginia Woolf. This can also be found at the Fabric of Protest exhibition.